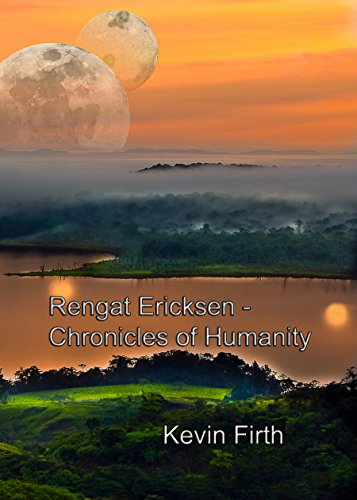 For signed copies, please email me

When earth finally receives the first contact from an alien source, light years away it is seen as a possible rescue from a world ravaged by nuclear wars and the insane society we now live in, Captain Ericksen has been chosen to take the epic voyage into the unknown, little did he know what he would find.

In the aftermath of severe destruction in the early part of this century, a World Federation is formed to bring peace and a semblance of sanity. Mankind’s ultimate greed and shear stupidity has brought civilization almost to the point of cataclysmic annihilation. Future generations of the remaining society are indoctrinated from an early age to – ‘save humanity.’ By the change of the century, we have developed interstellar travel as a direct result of the extraordinary signal from deep space. Ericksen and his crew are woken from their torpor fifty years later, they are each mentally transported to a curious but bountiful planet. Strangely, Ericksen is the only one to have been contacted by the inexplicable ‘Xilok’ being. They find themselves stranded on the planet over many years and are seemingly tested in many ways, before the Xilok being finally shows itself.

Ambassador Ericksen has been chosen to save the remaining survivors of humanity from a dying world. He is given many super futuristic enhancements and through an unusual set of events he then finds himself and his crew helping other alien beings in our Galaxy.